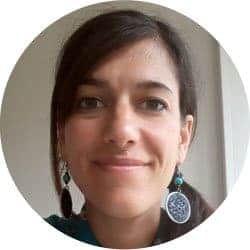 Under budgetary, demographic and competitive challenges, welfare policies have undergone important changes in recent decades. Welfare state retrenchment in Western democracies has not only entailed spending cuts, but also profound modifications in the way social policies are designed and delivered.

Recent national election campaigns have put social policy at the heart of strong partisan debates. In 2017 in France, François Fillon and Emmanuel Macron both attacked the “overly generous” unemployment benefits and “relaxed” rules on the number of job offers that could be turned down before benefit recipients were penalized. In Italy, the misleading promise of a ‘citizenship income’ was a central tenet of the recent electoral campaign of the Five Star Movement. The proposed income will be contingent upon the recipient proactively searching for employment. Though focussing on different aspects and policies, these apparently opposite partisan positions actually follow the mainstream approach to current welfare state policy: increased conditionality, stricter eligibility criteria, decentralisation of delivery, and limits on social services’ discretion in granting certain types of benefits. 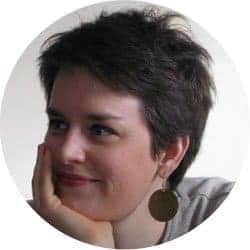 Several – mostly economic – studies have investigated what such cuts to social spending would entail for social and economic outcomes. Others have analysed how this increasing conditionality of benefits has affected everyday life for recipients as well as changes in their likelihood of receiving support. Scholars have also looked more closely at the electoral response following changes in welfare policies.

But what are the political consequences for recipients who are the primary targets of these changes in welfare policies? Beyond some immediate reactions of the best-organised or most resourceful groups of citizens, how do politically vulnerable groups respond to these policies? How do public programmes impact citizens’ participation in public life in concrete terms?

Recently, there has been increasing interest in these questions among political scientists — especially concerning the ‘policy feedback effects’ of welfare policies on the formation of citizens’ opinion and political agency. The literature shows that policy feedback effects stem from both the design of the policy and the features of the polity. More concretely, policy feedback effects contribute to shaping citizens’ opinions and support for policies as well as their democratic engagement mainly via two mechanisms: by modifying resources available to (groups of) citizens and by conveying a message that citizens use to define their self-worth as members of society.

As for resources, generous support and increasing expenditure (see for instance Campbell 2003) empower recipients as they perceive welfare benefits as societal legitimisation of their civic engagement. By way of contrast, meagre resources for disadvantaged groups and means-tested programmes are more likely to deter recipients from political engagement. In terms of the message sent to recipients, the stigma associated with receiving means-tested benefits particularly contributes not only to increasing rates of non-take up, but also to decreased democratic participation because recipients feel less entitled or legitimised to make their voices heard.

The mechanisms of feedback effect described above can interact. For instance, in the UK, (Watson, 2015) found that conditionality – understood as any obligation linked to the receipt of benefits – was associated with a reduction in civic participation and the recipients’ confidence that ordinary people can influence what the government decides. However, she also found that the effect of conditionality depends upon the type of benefit. For recipients of means-tested benefits, conditionality is likely to intensify feelings of stigma and being undeserving and — as a result – reduce recipients’ political agency. Conversely, conditionality has fewer, and sometimes even positive, effects on recipients receiving conditional contribution-based benefits who internalised their right to legitimate benefits and social support.

Another important aspect that policy feedback literature highlighted is the visibility of government social interventions. Citizens find it difficult to navigate and understand social support when it is far from their daily experience and is implemented through often unnoticed tax cuts/credits. Being unaware of ‘submerged’ social support might instil in citizens the feeling of being unsupported. Furthermore, the relationship between recipients and street-level bureaucrats is an important factor because it shapes how citizens judge the government’s support. Moreover, citizens assess their capacity for influencing state action based on their direct experiences with policy. Social workers have a central role here as they are often the face of the government for citizens. Bruch et al (2010) found that the (non)-paternalistic and (non)intrusive behaviour of social workers dealing with welfare recipients in the US in three means-tested program(me)s have a statistically significant impact on the civic and political participation of the most disadvantaged populations.

To conclude, there are at least three take-home messages that policy makers should not overlook:

The fact that welfare state policies are still largely controversial reinforces the argument that they remain an essential policy domain that significantly contributes to national identity and popular conceptions of citizenship. For this reason, we argue that policy makers should not overlook the political impact of the reforms in social policy that, so far, have been mostly responding to a short-sighted economic rationale. Progressive policy makers, who aim at challenging the current logic driving social policy change, should take advantage of the research on policy feedback when designing welfare state policies. This will allow them to better anticipate what policies entail for citizens’ political agency, particularly in times when democratic institutions are deeply distrusted by voters across a variety of national contexts. Conceiving welfare policies that trigger positive policy feedback effects leads to stronger civic participation and an increased sense of individual political efficacy; this may ultimately help combat democratic disenchantment and disaffection in increasingly polarized societies.