One might think anti-migrant sentiment would be strongest in those countries in Europe with most migrants and among those Europeans with most contact with them. And one would be wrong. 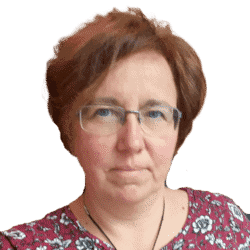 We are experiencing a tectonic shift in the growth of populism and xenophobic political and public discourse in Europe and its wider environment. Presenting migration as an exaggerated threat to Europe’s societies is key to the populist narrative: one of the main topics polarising Europe’s political landscape is the evaluation of migration and its consequences for domestic economies and societies.

Populist anxieties over migration are rooted in real concerns but they stem from a different source: certain theories explain pro- and anti-migrant attitudes in terms of the perception of control. Citizens who believe they are personally responsible for what happens in their lives, and who are thus capable of effecting change in their lives and the wider society, are less hostile towards immigrants. These citizens are less likely to feel threatened by their changing social milieu. Moreover, individuals who feel that the government and other 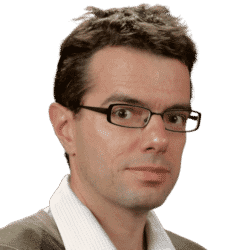 relevant institutions are in control of the social and economic processes in the country, including migration—both its inflow and the inclusion of migrants—are likely to find migration less threatening. And integration itself has a positive impact: those who feel migrants are agents of their social integration and (have the potential to) become contributing members of society will be less likely to feel threatened by migration and thus to reject migrants in general. In short, perceptions of control—as applied to citizens, the government and immigrants—have an important impact on attitudes toward immigrants.

In our analysis of data from the European Social Survey (ESS)—a biannual survey of Europe’s societies and people’s attitudes since 2002—we found that this theory explains a lot of how people think about migration and migrants. It is not the presence of migrants as such that generates anti-migrant sentiments: these are strongest in countries with very few migrants. Similarly, on an individual level there is a strong negative correlation between personal contact with migrants and attitudes.

The analysis of the data showed that more general societal processes are more likely to shape attitudes: the level of trust in one another and in state institutions, the perception of social cohesion and the feeling of safety in a direct (physical) and indirect (existential) sense. We found that individuals who rejected migrants, extremely and homogeneously, did not differ in demographic characteristics from the rest of the population. Where they did differ was in their subjective perceptions of control: to a much greater extent, they feel they have financial difficulties, are alienated from politics, lack trust and hold security-focused, individualistic values. All in all, people who feel politically disempowered, financially insecure and without social support are the most likely to become extremely negative towards migrants.

Analysing changing attitudes over time evinced a similar pattern. Those countries in which people are more trusting of public institutions, and more satisfied with the performance of their governments, democratic institutions and national economies, are the most likely to be more accepting of migrants.

Zooming out we see a surprisingly stable, neutral body of opinion. Europeans (at least in those countries included in the ESS), on average, perceive advantages as much as disadvantages in migration and weight these equally. And not even big shocks in Europe, such as the economic crisis starting in 2008 or the ‘refugee crisis’ of 2015, have changed that significantly. In fact, based on country averages, attitudes have even become somewhat more positive since 2015. Taking into account data from 20 countries participating in the European Social Survey, the share of those unconditionally rejecting anyone arriving from poorer countries outside Europe to settle in their country dropped from 15 per cent in 2014-15 to 10 per cent in 2016-17.

It is true that Europe has become more split in terms of how people evaluate migration. While in the Nordic countries, the Iberian peninsula, Belgium, France and Germany acceptance of migrants has stayed unchanged or even become more widespread since 2015, in the post-communist countries of eastern Europe, where attitudes towards migration were already more negative than in the rest of Europe, people have generally become even more rejecting towards migrants.

While, by and large, regional differences within countries are minor, the borders of nation-states—defining the political community—frame the map of attitudes in Europe. The country context matters a lot also in terms of how the negative perception of migrants is turned into plain rejection.

For example, while in Hungary and in the Czech Republic the perception of migration is similar(ly negative), the unconditional rejection of migrants is twice as high in Hungary (62 per cent) as in Czechia (31 per cent); in Lithuania and France, similar perceptions of the consequences of migration also translate into highly different rejection rates (25 and 13 per cent respectively). The degree to which negative perceptions of migration result in (unconditional) rejection is a function of the general norms characteristic of the country—generated by political and media discourses, historical experiences and dominant social values.

There is nothing new about the fact that attitudes towards migrants and political preferences correlate strongly. What is noteworthy is the difference at the two ends of the political scale: while those who self-identify with the left are equally positive about migration, irrespective of how left-oriented they feel, at the right-wing end of the spectrum more extreme identification with right-wing ideology correlates with increasingly extreme anti-migrant attitudes. Right-wing populist parties gather that part of the population which is very negative towards migrants and migration in general. The perception of the consequences of migration is quite similar (very negative) among voters for right-wing populist countries across Europe; the rejection of migrants is also very alike. In almost all countries one or two such parties exist—the difference lies rather in how powerful they are. They are tiny in Norway, significant in Sweden, Germany and France, large in Italy and Austria and even hold a super-majority government in Hungary.

The data again show, however, that dominant norms, set by mainstream politics, matter in terms of transforming aversion into an extreme rejection of migrants. And Hungary is the most extreme case. A government-initiated campaign demonising migrants and refugees has been going on since 2015—including political communication through billboards, traditional and new media; popular consultations in the form of biased surveys; and political speeches and actions that extreme right-wing parties in western Europe have on their agenda. Anti-migrant attitudes have become so extensive that two thirds of the population would reject outright any migrant from poorer non-European countries settling in a country which struggles with deep labour-market shortages, amid outward migration that had reached a critical level by 2018.

Vera Messing and Bence Ságvári are senior research fellows at the Center for Social Sciences, Hungarian Academy of Sciences. They are the principal researcher and national co-ordinator respectively of the European Social Survey in Hungary.