Facing a deeply divided country and mounting global crises, Brazil’s president-elect has his work cut out.

The victory of the former Brazilian president Luiz Inácio Lula da Silva over the incumbent, Jair Bolsonaro, sends a powerful message to the rest of the world. Though he won only narrowly, Lula, as he is known, succeeded by building a broad democratic coalition spanning from the far left to the centre right.

Facing a deeply divided country, the president-elect is now setting the tone for the four-year term that will begin in January 2023. In his victory speech, he promised to establish a civil, inclusive, conciliatory and green government. And by calling for healing and solidarity, he offered a sharp contrast to his predecessor’s divisive rhetoric.

Make no mistake: Lula will face tremendous headwinds in governing the world’s fourth-largest democracy. Although his convictions were annulled, many Brazilians are outraged that a man formerly implicated in corruption scandals is returning to the presidency. Lula will also have to deal with a sizable far-right bloc of legislators, daunting economic challenges and a simmering culture war unleashed by Bolsonaro and his militant supporters.

Still, Lula has an opportunity to be a transformational president, and in ways that would exceed what he achieved during his hugely popular first presidency from 2003 to 2010. He will need to offer a blueprint that emphasises four main priorities.

For starters, Lula must position Brazil as a green superpower and a global leader in the transition to a carbon-neutral economy. Home to over 60 per cent of the world’s tropical forests, 20 per cent of its fresh water and at least 10 per cent of the planet’s biodiversity, Brazil is particularly well suited to assume an environmental leadership role.

But both the public and private sectors will need to abandon business as usual and seize the opportunities offered by the global green and orange (creative) economies. That means supporting policies to align agricultural, livestock, pharmaceutical and commodity markets with conservation goals and investing in the technologies and skills needed to support the bioeconomy, biotechnology and environmental services and regeneration. With the right incentives in place, Brazil is capable of building a 100 per cent renewable-energy grid and a sustainable food-production system.

Equally important, the deforestation must end, especially in the Amazon, where 94 per cent of such activities are occurring illegally. Lula’s government will have to disrupt the complex illicit economies and supply chains which have been fuelling this destruction. Enforcing forest protections, empowering environmental authorities and indigenous groups, strengthening the rule of law and ensuring that companies deliver full traceability and transparency in their supply chains are all essential. Brazil can and should also ramp up multilateral entrepreneurship in the global south, including by promoting arcs of restoration and alliances to protect tropical forests across the Amazon, the Great Lakes of Africa and south-east Asia.

Secondly, Lula must promote reconciliation and coexistence at home. As he noted in his victory speech, political polarisation has heightened the risk of violence. The new government will need to foster closer partnerships with civil society and the major digital platforms, to rein in disinformation and safeguard civic and digital rights.

Brazil’s divisions are constantly amplified on ‘social media’ and messaging services. But solutions are within reach. Brazil’s Superior Electoral Tribunal played a critical role during the 2022 election by working with eight leading social-media platforms, fact-checking agencies and civil-society organisations to detect and disrupt disinformation. But de-platforming anti-democratic actors and moderating digital harms are not enough. Brazil should absorb lessons from other countries that have reduced online and offline polarisation.

For example, encouraging ‘intergroup contact’, such as through citizens’ assemblies, has been shown to reduce prejudices between constituencies, as have projects built around ‘superordinate goals’ (such as the effort to make Brazil a green superpower). Beyond that, Brazilian leaders need to foster a political culture in which citizens focus more on policies than on personalities—for example, by allowing for more open consultations and participatory decision-making.

Thirdly, Lula should strive to reinvigorate global initiatives to address poverty, inequality and food insecurity. In the wake of the Covid-19 pandemic and Russia’s war on Ukraine, many lower- and middle-income countries’ sustainable-development efforts have suffered massive setbacks. And as global financial and monetary conditions have tightened, many countries have been barrelling toward punishing debt crises, which will hit the most vulnerable communities hardest.

Under Lula, Brazil should advocate a global agenda to promote not just the United Nations sustainable-development goals but also closer ‘south-south co-operation’ to deliver material benefits for the world’s poorest. Brazil has a venerable diplomatic tradition of supporting global co-operation through multilateral institutions and other fora designed to serve developing countries’ interests. In a fragmented and divided world, its ability to build consensus and foster partnerships will be more important than ever.

Lastly, Lula should leverage Brazil’s international credibility to spur multilateral action against new global risks. Political and diplomatic leadership is needed to reinforce fragile norms barring weapons of mass destruction, to reduce the harms associated with new technologies and to mobilise investments in climate-related mitigation and adaptation efforts—especially in countries that stand to incur the greatest costs from global warming despite being the least responsible for it.

Even though Brazil’s new government must attend to its domestic challenges, it can and should lead the charge against these systemic, interconnected global risks. The world needs Brazil’s voice, which means Brazil now needs to emerge from the shadow of the past four years.

Republication forbidden—copyright Project Syndicate 2022, ‘What Lula must do’ 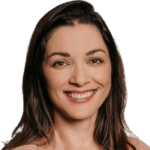 Ilona Szabó is co-founder and president of the Igarapé Institute, based in Brazil, which is focused on public, climate and digital security and its consequences for democracy. She is a member of the United Nations secretary-general’s High-Level Advisory Board on Effective Multilateralism.