If Europe’s democratic architecture is cracking, it is because its foundations are weakening. Solidarity is one of them. 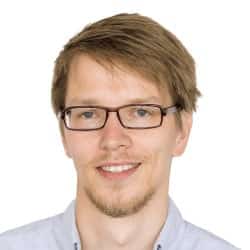 ‘Western democracy is in crisis.’ Many pundits and scholars rehearse this narrative, in which the rise of populism and illiberalism are presented as challenging national democracies and the European Union. To address this challenge, it is suggested that existing democratic institutions have to be defended or that, especially in the EU, we need new institutions, as the French president, Emanuel Macron, recently suggested. Both propositions, however, miss a crucial underlying issue—the normative and ideational foundations of democracy.

In particular, the idea of solidarity seems to be fading from democratic politics. Some might argue that ‘solidarity’ is the property of the labour movement and socialism, and so would be a rather partisan foundation for democracy. Yet solidarity has also been part of the Catholic social teaching underpinning Christian democracy since the 19th century. The notion of belonging to all humanity, of supporting others equally, and the claim that nobody should suffer needlessly are crucial aspects. Solidarity is rooted in the main party ideologies and is a crucial concept in the history of European political thought.

We can create new institutions or support parliamentary democracy as it is, but if solidarity is vanishing it is the end of democracy. Currently, we face three processes of de-solidarisation, which affect politics and societies across Europe.

First, radical-right propaganda is spreading, attacking minorities and vulnerable groups. Refugees from Africa and the middle east are blamed for purportedly increasing crime rates or for receiving social entitlements as asylum-seekers. Simultaneously, migrants from eastern and central Europe are criticised for wage-dumping or supposedly increasing unemployment among the host population in west-European countries. Physical attacks and hate speech against Jews, gender activists and gays and lesbians spread across Europe, with accompanying misinformation adding to a climate of fear and precariousness. Solidarity is replaced by ethnic and nationalistic exclusiveness.

Secondly, competition on the job market, social segregation and precarious work arrangements are on the rise across Europe. The working poor are especially affected. Even those who are well educated, invest in vocational training and demonstrate flexibility and mobility fear for their jobs and status. Meanwhile, the wealth gap widens markedly. How can there be a sustainable social bond if the rich hardly pay taxes—because they move to secrecy jurisdictions and try to avoid any social responsibility—while the poor have multiple jobs, cannot accumulate wealth and face increasing house prices and a shortage of affordable housing?

This gap is translated into representative democracy, because, as scholars have demonstrated, the upper classes and their preferences are better represented in parliament. The desolidarisation of societies thus contributes to the desolidarisation in democratic politics.

Thirdly, the multiple crises in the European Union continue and it seems there is no sustainable solution to any of them. The fundamental questions of the euro crisis remain unaddressed, a common European asylum policy is not even wanted any more and how ‘Brexit’ ends is completely unpredictable.

These many challenges to the EU are all filtering into the upcoming elections to the European Parliament. Both mainstream party fractions, the European People’s Party and the Socialists and Democrats, face heavy losses at the ballot box, while right-wing parties could substantially increase their vote share. With new challenger parties on the left, the fragmentation of the EP is likely to continue. New partisan conflicts could affect the composition of the incoming European Commission, as well as the negotiation of the next EU budget (2021-27)—especially if the liminal status of the UK continues.

In these tumultuous times, solidarity and a new mode of co-operation is more needed than ever in the EU. It is not only an issue of intergovernmental solidarity among the member states—it is also about transnational solidarity among EU citizens. For the first time, young people will vote in the European elections who do not know an EU without the Schengen removal of internal border checks or the euro as common currency. Experiences of travelling across Europe without caring about controls or exchange rates and having the chance to study and work in another country are the basis for transnational solidarity.

Solidarity is not only a redistributive mechanism in the national welfare state. It is also a social, cultural and political concept. It refers to social relations created among individuals and social groups by acting together. It rests on cultural aspects, because it is a central norm and a guiding principle in contemporary societies. Solidarity is also a political term, because declaring solidarity means questioning power relations and asking how vulnerable groups and minorities can be supported (or protected against modes of domination).

Democratic politics has to engage in a debate on solidarity. What kind of solidarity exists in Europe and what kind do we want? Moreover, it has to pursue solidarity politics, to address the aforementioned processes of desolidarisation. Two strategies might be of most interest.

First, redistributive politics should take place on the European level and should be financed by European policies. If rising inequalities across Europe are to be addressed, then European policy proposals should be pursued. For instance, a European unemployment insurance scheme could be a mechanism to redistribute resources and create a positive instrument which can directly affect European citizens.

To finance this, a European financial transaction tax should be introduced. Since the expected revenues from an FTT are too small as a basis for a eurozone budget, it might be worth considering investing them in a concrete European solidarity project.

Secondly, solidarity has to play a more substantial role in public debates. Party actors have to articulate their understanding of solidarity and explain what it means to act in solidarity in Europe and how to deal with desolidarisation. European conservatives and European social democrats have to show whether strategic party decisions or solidarity are the basis of their political programme.

For too long conservative politicians have tolerated the Hungarian party Fidesz in the EPP fraction, while its leader and prime minister, Viktor Orbán, has conducted an anti-Semitic campaign (even taking in the conservative commission president, Jean-Claude Juncker), forced the Central European University out of the country and banned gender studies from other universities. Orbán’s party has now been temporarily suspended from the EPP, while an investigation takes place—although what this will reveal that is not already known is not evident.

The S&D fraction also faces a Eurosceptic challenge within the party, because the ruling Romanian social democrats (PSD) are accused of corruption and of weakly sustaining the rule of law by the European Commission. In reaction, the PSD has harshly criticised the EU and accused the commission of interfering in domestic politics. The Romanian social democrats could be the third largest group in the next S&D fraction, which might be the reason why sanctions or even exclusion from the fraction do not seem to be under consideration.

Such developments should be exposed by all mainstream parties, trade unions, civil-society groups and intellectuals—pointing out how far removed they are from any ‘Christian values’, ‘socialist tradition’ or the European norms which are inscribed in the Charter of Fundamental Rights of the European Union or the Lisbon treaty.

If (post-)national democracy is to have an enduring chance, we must make explicit that solidarity and democracy go hand in hand. Otherwise, democracy could degenerate into incremental and technocratic, institutionalised politics, while solidarity just becomes another meaningless buzzword in the public arena.