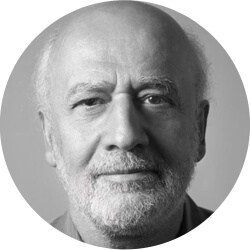 International relations involve different logics, dynamics, and practices. One of the most relevant processes involving nations with significant power attributes, whether global or regional, is that of socialization. Neorealists, neoliberals, and constructivists alike—although with distinctive premises and through different mechanisms—underline the importance of socialization. In general, there is a shared understanding that this process involves interaction, incorporation, identification, internalization, and inclusion. Thus, there is a convergence and adaptation that condition and shape the behavior of the actors. Certain key parameters and modes of actions are disseminated among and emulated by the states. The most powerful, as well as those aspiring to be so, tend to develop similar attitudes, conducts and policies.

An illustrative example is the doctrine of preventive war. The United States incorporated it decisively after the terrorist acts of September 9, 2001. Washington claimed to itself the attribution to the anticipatory use of its military might against a country even though there is no evidence and/or imminence of being attacked. However, preventive war is not part of Washington’s doctrinal monopoly. By now North Korea, India, Iran, Israel and Russia, among others, contemplate the invocation and usage of preventive strikes as an integral part of their defense strategies. Consequently, the process of international socialization is likely to operate among major states and regional powers.

Something analogous is already happening, and may occur even more, with the leitmotiv that brought Donald Trump to the US presidency: “America First.” The propensity to imitate the slogan and the Trumpian performance is very high. Indeed, protectionism, patriotism, and unilateralism instead of compromise, cosmopolitanism and multilateralism are growing, encouraged by Trump’s successful electoral outcome and his first year in terms of the economy and even diplomacy. Both the right and the left, worldwide and under democratic or authoritarian rule, are analyzing the Trump phenomenon, beyond his personality and mostly nonsense tweets.

Prior to Trump’s “America First” we have been familiarized with Putin’s “Russia First”—recharged after his most recent re-election. Even though Beijing’s rise has been quite peaceful up to now, traces of “China First” are blazoned onto the horizon. In the turbulent geopolitics of the Middle East there is evidence of a delicate and severe conflict between “Israel First”, “Iran First”, “Turkey First” and “Saudi Arabia First. ” The gloomy European Union exhibits some singular signs: the ideal of a ​​”Great Britain First” triggered Brexit and the eloquent imbalance between northern and southern Europe tacitly expresses the temptation of “Germany First”. The resurgence of tensions in Southeast Asia and the arms race in the area seem to stimulate a “Japan First”. A combination of rising nationalism and perception of humiliation in parts of the global South may induce more nations to seek their own “First” status.

This leads one to reflect upon potential future scenarios. A reading that interweaves political science, international sociology, economics, history and social psychology is necessary to avoid the triviality and quickness of those who stick their necks out and insist that we are in a transition stage and that, consequently, the future is surely promising, peaceful and profitable. World transitions–the global shift of power, influence, and prestige—are long-term, conflict-prone and very complex and may work in two very different directions: they can be progressive and, thus, multiple existing conditions are improved, or they can be regressive and thus, many of the above deteriorate.

In my opinion, the juxtaposition and exacerbation of all the ambitions to be first at all costs have disquieting resemblances with the mid-twenties and early thirties: the retreat of globalization, great social inequalities, rising (re)armament, absence of effective international institutions, provocative diplomacy, excessive national drives, mediocre leadership, intensified racism, among others.

Several questions should be taken into account. We are witnessing a novel global power shift: this time the transition is not among Western powers but from the West to the East. While China is gradually rising both the United States and Europe are resisting their relative loss of power, influence, and prestige. Robust multilateralism and institutions are crucial to moderate and coordinate the restructuring of world politics and economics; however multilateral organizations and liberal rules are weakening at the international and regional levels. The UN, the WTO, the G-20, the European Union, the IMF, OAS, among others, are experiencing serious credibility deficits. A major advancement towards humanitarian intervention and peace building around the principle of the Responsibility to Protect has suffered major setbacks over the last decade. Unlawful use of force is deriving into a post-legal order gravely damaging international law. The worsening of a manifold, highly intertwined crisis in the Middle East together with the failure of several external military interventions, the demise of the Arab spring, and the growth of sectarian violence among Muslims have generated a situation of permanent chaos between Sunnis and Shi’a in the area. The idea—especially in Washington–of a lasting management of that chaos is, in reality, an illusion. It is becoming part of routine parlance to talk about a potential nuclear exchange between Russia and the West due to the exacerbating tensions between the parties. In the meantime, nationalism is back among declining and emerging powers alike: cosmopolitanism is in the defensive. Last, but not least, democracy is challenged in the North as well as in the South: plutocrats, autocrats, despots and strongmen of different sorts are eroding incipient, formal, new and established democracies

It would be then crucial to have an improved diagnosis of the current world situation and comprehend better the unrestrained operation of both “America First” and so many others “First”. It should come to no surprise that the renowned Bulletin of the Atomic Scientists has set its famous “Doomsday Clock” at two minutes to midnight…for the first time since the end of the Cold war.