Implementing the ‘Fit for 55’ package depends on citizens and NGOs being able to hold governments to account.

This week, European Parliament committees will vote on two crucial files of the ‘Fit for 55’ package of measures to cut greenhouse-gas emissions by at least 55 per cent by 2030: the Social Climate Fund and the Effort Sharing Regulation. With the focus on technicalities, the sharing of burdens and political compromises, one aspect has been left under-discussed: how can citizens hold their governments to account for climate commitments made in Brussels?

With access to justice, they can. This is exactly what happened in the Urgenda climate case against the Dutch government. Dutch citizens established that their government had a legal duty to take more effective action on climate change and, in a historic victory for climate justice, in December 2019 the Supreme Court in the Netherlands agreed.

Access to justice is a democratic tool individuals and non-governmental organisations can use to hold public authorities accountable. In environmental and climate matters, it guarantees citizens the ability to ask review bodies or courts to verify whether an authority has respected the rights and fulfilled the requirements created by environmental and climate laws. But the right to access to justice cannot be taken for granted.

In this arena, the 1998 Aarhus convention and its three pillars—access to information, public participation and access to justice—are the cornerstones of environmental and climate governance in Europe. The European Union and all its member states are parties to the convention and therefore have an obligation to implement all its pillars.

In reality, however, environmental and climate governance is far from ideal, with access to justice the most poorly implemented pillar. In the absence of a blanket EU provision, such as a specific directive, to guarantee it, across the union rules on access to justice are hopelessly fragmented. Enforcement of EU environmental law thus relies on the goodwill of member states, the willingness of the European Commission to take national governments to court and luck-of-the-draw, pro bono lawyers who are experts in navigating the EU legal landscape.

After a proposal for a directive on access to justice failed in 2004, in 2020 the commission published a communication which included a commitment to introduce access-to-justice provisions in every new legislative environmental proposal, calling on the Council of the EU and the European Parliament to support this. The EU institutions are however not adhering to this commitment and civil society is left to fight for amendments to most new or revised pieces of EU environmental law.

With the most comprehensive review ever of EU rules on climate policy, the Fit For 55 package, fast advancing, individuals and civil society must be empowered in a straightforward way to challenge national authorities to keep their promises on emissions reductions or face the repercussions.

In a vote on Wednesday, the environment (ENVI) and employment (EMPL) committees of the European Parliament will have the opportunity to guarantee access to justice for citizens on the Social Climate Fund. The SCF is a legislative proposal which the commission presented last year, along with the rest of the Fit for 55 package, under the European Green Deal. Its aim is to bolster vulnerable households and micro-businesses against the costs of the green transition, with over €72 billion in EU funding envisaged for this purpose in 2025-32.

Including access-to-justice provisions in the SCF regulation would create an added layer of accountability and empower citizens to take legal action when climate promises are broken. They could then challenge the Social Climate Plans each member state must submit to the commission, the way these plans were devised (for instance, in terms of stakeholder involvement) and/or any failures to keep relevant information about the SCF publicly available and up to date. This is important because these plans will determine the investments and measures that shape the green transition and the support given to vulnerable people.

An amendment on access to justice in the Effort Sharing Regulation will also be up for vote, in this case today. The ESR sets binding annual greenhouse-gas emission targets for a host of sectors not covered by the EU’s Emissions Trading System. They account for about 60 per cent of emissions and are, therefore, crucial for realising the Paris Agreement targets of keeping global temperature manageable. While the Emissions Trading System is market-based, the Effort Sharing Regulation is essentially a governance tool.

The main political fights are over percentage reductions, member states’ targets and loopholes and exceptions for certain sectors. The Effort Sharing Regulation is also an opportunity to oblige EU countries to set a concrete date by which they will achieve climate neutrality. An amendment that would require EU countries to set their own whole-of-economy climate-neutrality date has been tabled. Support for this would crucially strengthen the regulation.

But if member states commit to targets this year yet do not meet them next year or five years down the line, a strongly-worded speech by an EU commissioner may not do the trick. This is why the law must include a specific article on an accountability tool for the public. Amendments have been tabled to include a provision on access to justice in the commitment by member states to limit their emissions by specific percentages. Hopefully these too will find support in the parliament.

In light of the latest report from the Intergovernmental Panel on Climate Change, the Fit For 55 package has become more important than ever. But its promises will not be fulfilled if the legislation does not allow citizens and NGOs to take action when their country is not hitting the mark.

Climate and environmental laws must have strong governance frameworks—underpinned by the principles of the Aarhus convention—to ensure that the EU and the member states, who will need to implement the legislation, can be held accountable on their obligations. 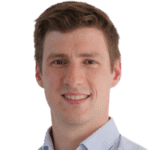 Frederik Hafen is policy officer for environmental democracy at the European Environmental Bureau (EEB). He has a masters in European public affairs from Maastricht University and was formerly policy adviser in the cabinet of the European ombudsman.