In a digitalised world, accessibility is ever more at a premium for the visually impaired—who should be involved in finding solutions.

Years ago, while I was studying at university, a lecturer keen on innovation insisted on the final examination being taken online, via a platform hitherto unknown to me. There was a time limit for taking the test and, among other things, the assessment took into account how long it took to answer some questions.

I asked the lecturer, well in advance, whether the platform was accessible. The answer came in an ironic tone, insisting that students were of course guaranteed access to the platform when on the university’s network. I clarified that I was referring to accessibility for the screen reader which I have to use, due to my visual impairment. To this the teacher did not have an answer. Nor was I permitted to familiarise myself with the platform before the test or have the time limit extended.

So I entered the exam room with all the other candidates, opened my computer, put on my headphones and opened the given link, not knowing if the platform was accessible to me. It was the most stressful exam of my life—being worried not only about whether I had prepared sufficiently but also whether I could apply my knowledge correctly in that context.

I had readied two operating systems and a couple of browsers on the computer, in case there were problems. And of course there were failures. I had to tweak the website code, so that all the buttons could be pressed using a screen reader.

The major I was studying had nothing to do with programming or information technology. So if my hobby had not happened to be basic programming, I would not have passed the test—not because of lack of knowledge but because of poor accessibility.

I dare say there are very few blind journalism students who, out of interest, also study programming and are IT geeks, able thereby to rewrite their learning environment as they go along. Had I not been fortuitously so equipped, after failing the anxiety-filled test there would have been several anxiety-filled days, during which I would have argued with the professor and the university to assert my rights.

Stories like this happen every day in the world, where students with visual impairments cannot learn or prove what they have learned because of accessibility barriers. It is not just about exams but often also the inaccessibility of study materials or slide presentations.

Indeed, all visually impaired people face such problems daily. At home, it may be that the household misses out on ordering food because, due to a recent e-commerce upgrade, the platform is no longer accessible. Or when it comes to something as personal as healthcare, arranging to see a doctor may be stymied if the hospital’s internet-based reservation system is again not accessible. in such situations, stressful for the user, poor accessibility caused by incompetence or unwillingness to address the challenge only adds to the stress.

The European Blind Union recently completed the Parvis project, which lasted over two years. Its aim was to raise social awareness about the obstacles blind people face every day and the rights conferred by the United Nations Convention on the Rights of Persons with Disabilities. These include rights to access to education, healthcare, everyday services and employment—in essence, the right to be independent, to be equal to everyone else.

During the final meeting of the project, several ideas were articulated which should be implemented. Due to the fact that we have continually to ‘climb over obstacles’, visually impaired people have acquired excellent skills in finding alternative solutions—as every day we must, confronted with some activity that for sighted people seems just normal.

Let’s use this talent: when creating products or services, designing web pages and mobile applications or building houses and planning urban spaces, let’s involve people with disabilities in the creative process. Precisely because we live in a world that sighted people can’t see, we have a lot of ideas on how to make the lives of the sighted better too.

While travelling recently, I encountered a talking traffic light which announced in a clear voice which street I was crossing. A couple of blocks away, the traffic lights were silent. My wife, who is sighted and whom I always trust to find our way in a unknown city, expressed her displeasure because the voice-announced street names helped her understand much better where we were and which line on the map indicated the street we needed at that moment.

Similarly, a conversation with a colleague about streaming platforms and their accessibility led to him expressing surprise that on many platforms it was also possible to listen to the audio description, via an additional audio track, added to the soundtrack of the film or show, describing the scenes and the action. A few weeks later, I bumped into him and he thanked me: he can now go for a run in the evening and listen to his show at the same time, its audio description substituting for looking at the screen.

Such solutions have become routine for us thanks to the great work of countless people. Many companies have made it a point to be accessible and offer the same opportunities to their customers, users and guests, regardless of disabilities. But there is still a lot to do.

The technology sector is evolving faster than ever. Most of the new solutions, whether for everyone or just for internal use, have not been developed with accessibility in mind. According to the latest WebAim analysis, covering a million of the most popular web pages, 97 per cent of these have accessibility problems.

When developing IT solutions, key is to make sure they will also be accessible—especially when the development is financed from public funds. Visually impaired people and accessibility experts should be engaged during the process: although accessibility rules and standards are becoming more and more comprehensive, no standard can provide real insight into the experiences of a concrete user. And when the solution is ready, it is important to listen again to visually impaired users, acknowledging their concerns and adjusting accessibility if necessary. 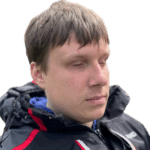 Jakob Rosin is president of the Estonian Blind Union. He works on digital accessibility, providing training and consultation for public- and private-sector bodies on better practices. He is part of several EU-wide taskforces, most notably that implementing suggestions on making payment terminals more accessible for individuals with visual impairment.