The European Parliament elections may well be dominated by the issue of migration. But should anti-immigrant parties enjoy democratic legitimacy? 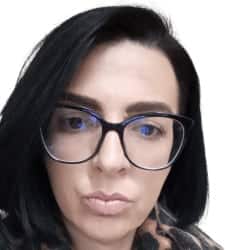 In May this year we will have elections for the European Parliament. We can agree that the parliament is the most democratic body in the European Union. We also can agree that the election process for the parliament is democratic and supports the principles and ideas of political liberalism. In that light, we should consider the democratic criteria and attitudes of the anti-immigrant parties and similar electoral lists whose candidates will run for election.

We also recognise that all EU member states are categorised as liberal-democratic. Their constitutions and laws advocate and protect the fundamental principles of political liberalism. All member states are signatories of the Universal Declaration of Human Rights and the European Convention on Human Rights.

Without any doubt, the main topic of the 2019 elections will be the migration ‘crisis’ and EU migration policy. Accordingly, it is necessary to analyse the democratic credentials of political parties or candidate lists which are defined as an anti-immigrant. In addition, it is necessary to analyse whether the policy advocated by such parties is in line with the fundamental principles and values of liberal democracy. If analyses show that anti-immigrant parties are in opposition to liberal-democratic ideas, and that their attitudes deny fundamental principles and practices of political liberalism, it is necessary to ask whether these parties have a right to participate in democratic elections at all.

A standard set by political liberalism is the protection of fundamental human and civil rights and the protection of the rights of minorities from any kind of discrimination. To become a member state of the EU, every candidate must demonstrate its attachment to that standard.

We also can accept that it is extremely problematic whether the right to immigrate—as distinct from the right to apply for asylum—is a fundamental human right. Sovereign states have the right to introduce even very restrictive immigration policies, through visa regimes or immigration criteria, as long as these are objective and non-discriminatory. Nevertheless, they should be very careful with the political discourse used by anti-immigrant parties in elections.

Try a thought experiment. Imagine that the discourse of anti-immigrant party X for the European Parliament election is based on anti-liberal and anti-democratic values. Party X advocates a ban on immigration based on ethnicity, religion, gender or sexuality. This is discriminatory politics because potential immigrants are assessed on the basis of characteristics for which they are not responsible. Religion can be discussed but the right to religious self-determination and affiliation is guaranteed as a constitutional right in all the EU member states, including via the European Convention on Human Rights provision on freedom of conscience.

So, anti-immigrant party X advocates discriminatory immigration policy. The discriminatory discourse of party X denies liberal-democratic values. If all this has been confirmed, the question is whether party X has the right to participate in democratic elections.

Think about any children’s social game. Each has its own criteria and rules. Participation in such a game presupposes that players have accepted its rules and criteria (whether these are agreed ad hoc or previously known). If the players do not accept the rules and criteria, or in the gaming process they do not respect them, the game cannot be realised and ends abruptly (with small children it ends in tears, with older children with fists).

If, on the basis of all of the foregoing, the EU were to prohibit anti-immigrant party X from participating in the European Parliament elections, it is certain that critics would condemn this ban as completely undemocratic. Yet that would reflect a lack of understanding of the relationship in a political discourse on democracy between the substantive (values which must not be questioned) and the procedural (we have agreed about something) .

Starting from procedural democracy, we can say that anti-immigrant party X meets the requirements set before it in an electoral law requiring compliance with certain conditions which enable participation in the electoral race—the political party must be registered, or if it is an electoral list it is necessary to collect a certain minimum number of signatures, the list must comprise at least 40 per cent women and so on. But can procedural democracy, without the substantive commitments (the political-liberalism values), survive—and not end in the tyranny of the majority?

Can such (procedural) democracy, after allowing the participation of anti-immigrant party X in democratic processes, protect against discrimination members of the political community who belong to those (ethnic or religious) groups which party X has used as its rationale to oppose immigration? That remains to be seen.