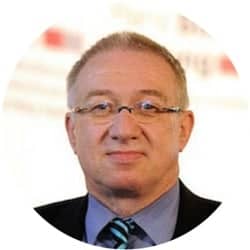 It’s indeed rare but not unusual for voters to get rid of their political elites. Many western democracies now find themselves in a phase in which deep distrust towards the prevailing economic policy has developed. Via elections as in the USA or referendums as in the UK this distrust comes to a head and fundamentally changes the political landscape. The West is faced with just such a sea-change.

Here, it’s pretty peripheral for what or for whom the voters are speaking out. What matters is that the pre-established order is rejected or even destroyed. This is the context for examining the decision of British voters in favour of Brexit. One could easily be forgiven for doubting whether they all knew the damaging effects that could come with it. That’s one reason why there’s such a general cluelessness. That comes with a newly-created precedent for which no previous experiences are available. Furthermore, the issue now is to reconcile conflicting principles that are affected by the manner of Brexit. And, finally, the body of the treaty meant to govern that exit is relatively complex.

Below we analyse how, given these circumstances, Brexit and its consequences should take shape. The basic thesis is that a dialectical rapprochement between Great Britain and mainland Europe should be reached. What this entails is that, starting with a distinct drifting apart, the two sides get much closer to each other again over the course of the years.

At the start, a decision must be taken about the conflicting principles of autonomy versus EU free movement. If the promise of as much autonomy as possible for Great Britain, including severely limited free movement with regard to migration flows, is to be kept, then privileged economic links to the EU must be comprehensively avoided. Otherwise, Great Britain would have to adapt to multiple EU regulations without having a say so – pretty well the complete opposite of the autonomy it is seeking. Similar considerations are also true for the EU, albeit with other motives. For them it’s a matter of setting the threshold for quitting the EU as high as possible so that the incentives for copying Brexit among other member states are few and far between. On top of this come the preservation of freedom of movement as a basic principle of the EU and the possibility of a deeper political integration that would both be put at risk if it were that easy to leave the EU. This also makes the case for a sweeping denial of any privileged market access for member states planning to leave.

On the other hand, both parties share the understandable need to minimise the economic damage that Brexit threatens to bring in its wake. Financial markets could be massively disrupted if the current free movement of capital between Great Britain and the EU were restricted in future. Secondly, the real economy could suffer damage as well through possible barriers to trade. These considerations apply to both sides, Great Britain as well as the EU – albeit on a far lesser scale for the latter. In the end, financial services are significantly less important for the EU than for the UK and Great Britain is a less important trading partner for the EU than vice versa.

All of this must be sealed contractually and, what’s more, in a three-stage procedure. The first stage is Great Britain’s formal statement on leaving, triggering Article 50 that automatically sets off post-Brexit negotiations. Two years later either a transitional agreement enters into force or all legally-binding relations between Great Britain and the EU terminate abruptly. That would reduce the trading relations between the two to WTO status. The third stage would see negotiations on a long-term, fully-fledged formal agreement between the EU and the UK, whereby a priori there can be no time-limit set on the validity of any potential transitional arrangement.

In the first phase or the period up to the UK’s formal declaration it wants to leave the EU, all the negotiating power will be in UK hands. The EU has no negotiating power regarding the precise point of time at which the clock starts ticking for negotiating the transitional deal. To that extent, the British government can choose the date that’s most favourable for the UK. Once the government has made up its mind this then becomes what it can achieve at the very most as a transition in the two years of subsequent negotiations.

Taking into account the starting point, both the UK and the EU must seriously take into account the collapse of these talks within the two-year time-span. That’s because both sides have interest in a hard Brexit on the UK side in order to gain the maximum amount of autonomy and, on the EU side, the maximum amount of free movement. The fact that this process might well bring the greatest economic damage is of secondary importance for both sides. For the EU the damage is, in the end, substantially smaller than for the UK and in Great Britain the overwhelming priority is attaining autonomy vis-a-vis the current Establishment. Otherwise, the British government would have to offer, in advance of its formal Brexit declaration, significant financial compensation for a soft Brexit. That hasn’t happened so far and appears politically unachievable right now.

Implicitly, both sides must reckon with a hard Brexit as the most likely scenario. Given this background it must be best for the UK to delay the triggering of Article 50 as long as possible in order to conduct negotiations on the side with third countries about potential free trade agreements that involve no loss of sovereignty. This might somewhat mitigate the severe consequences of a hard Brexit. If these talks show some success or if domestic pressure to finally declare Brexit gets too heavy, then that would indicate the time had come.

Given the common interest set out above, it follows that the failure of a transitional deal is the most likely outcome of the stipulated two years. In that case, EU-UK relations would be governed by WTO agreements; customs duties and import restrictions would again be possible and probable. At that point, however, the negative economic consequences of this hard Brexit will become clear. By then many people will have lost their jobs.

That would then be the point at which a process of rapprochement could begin. Based on the experience of enhanced autonomy in handling migration, the reversal of economic damage would take centre-stage. This could take place within third-stage talks about a long-term full-scale agreement. The limits on trade and migration would then be up for re-evaluation. The shift towards a rapprochement between the UK and EU on the basis of their experiences of separation would be set in train. And perhaps this process might even end where it had begun…