Can companies dilute national worker-involvement rights by becoming European? The ECJ is to adjudicate.

Shortly before Christmas, the European Parliament sent a positive signal about democracy at work. By a large majority, the parliament adopted a resolution committing it more clearly than ever before to employee participation. The motion emphasised its crucial role in social cohesion, a just transition to a climate-neutral and resource-efficient economy, and sustainability in corporate governance.

Co-determination rights have hitherto principally been national, as in Germany and Sweden. They must not be weakened by transformation of a national public limited company into a European company, a societas Europaea (SE). Yet this is what has taken place at the software company SAP, which in 2014 converted from a public limited company under German law into an SE, as provided for under a 2001 European Union regulation. German and Luxembourg trade unions are challenging the accompanying curtailment of co-determination rights at the Court of Justice of the EU (ECJ).

Worker representatives on supervisory boards provide an essential counterweight to short-term investor interests. Their deep knowledge of companies and critical attitude strengthen the monitoring of internal compliance and risk management.

It is this important co-operation that is now at issue before the ECJ. A hearing was held on February 7th by the Grand Chamber in Luxembourg.

This follows from an action by ver.di and IG Metall, the two biggest affiliates of the German Confederation of Trade Unions (DGB), against SAP. The German Federal Labour Court (Bundesarbeitsgericht) referred the underlying legal question to the ECJ: can the national legislature make the participation of trade union representatives on a supervisory board mandatory, even if a national public limited company is converted into an SE?

‘At least the same’

In the case of such a conversion, a special negotiating body of the employees and the management negotiates how co-determination will be structured in the future company. To prevent a reduction in participation rights, article 4 of the associated EU directive however provides that ‘in the case of an SE established by means of transformation, the agreement shall provide for at least the same level of all elements of employee involvement as the ones existing within the company to be converted into an SE’.

It is undisputed, for example, that equal representation of owners/shareholders and employee representatives on the supervisory board must be maintained even after conversion into an SE. In the opinion of the DGB, together with its two Luxembourg counterparts, the OGBL and LCGB, the internal composition of the employees’ side is one of the components protected by the EU directive.

Whether this is the case with the conversion into an SE is now the subject of the legal dispute. In the case of SAP, the special negotiation body and the company had agreed that in future the independent ballot for trade union representatives—the guarantee of trade union participation in the supervisory board—could be abolished. IG Metall and ver.di consider the relevant provisions in the agreement null and void. The Federal Labour Court agreed with their argumentation.

In its view, the employee representatives on the supervisory board proposed by the trade unions in a separate election procedure are, according to the German SE Employee Involvement Act, one of the defining elements of co-determination in Germany; hence guaranteed seats and separate election of trade union representatives on the supervisory board must also be ensured in the SE established by conversion. It is up to the national law of the member states to define the essential elements of co-determination.

At the same time, however, the Federal Labour Court made it clear that it ‘cannot judge with the certainty required of a court of last instance’ which requirements—to be implemented by the member states—resulted from the directive. Therefore, it referred the question of whether the German SE Involvement Act was compatible with the directive to the ECJ. The German government as well as the European Commission supported the trade unions´ position in the proceedings before the ECJ.

The next step will take place on April 28th, when the advocate general of the ECJ will deliver his opinion. Only then will the court pronounce.

Ultimately, this case is about whether national workers’ standards can be lowered through European law. The ECJ should answer this question with a clear ‘no’. The aim of European law is to protect workers and their participation—not to destroy nationally developed participation models. 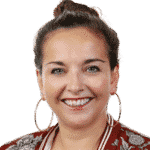 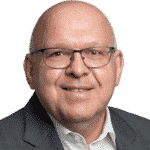 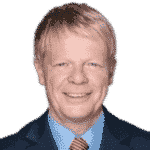