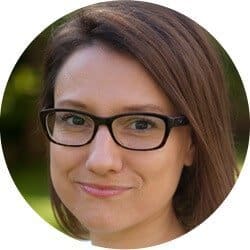 On 26 April the European Commission presented its long-awaited proposal for establishing a European Pillar of Social Rights designed to achieve ‘upward convergence’. Very much like the European Semester, the Pillar looks like yet another broad meta-policy process which blurs responsibilities and channels of accountability by conflating regional, national and EU competences. Thus, the chances are high that it will result in opaque politics, and the systematic bureaucratic surveillance of disappointing outcomes. Moreover, the question of how this fits with the EU’s fiscal discipline remains open and makes one wonder about the coherence of the EU’s socio-economic strategy as a whole.

The Commission is undeniably making a political statement by issuing its initiative between the two rounds of the French presidential election. The signal sent is that the EU endeavours to address European citizens’ social anxieties, and the Commission is not populated by a bunch of ayatollahs of austerity and neoliberalism as claimed by right-wing and left-wing sovereignists alike. The initiative goes back to Jean-Claude Juncker’s plea to break with the Barroso era and move the Union towards a “social triple A”. Another key purpose is to show that the post-Brexit EU can make progress in the realm of social policy.

In the form put forward by the Commission, the Pillar consists of two main components. On the one hand, a list of 20 principles grouped under three broad themes: equal opportunities and access to the labour market, fair working conditions, and social protection and inclusion. Said principles encompass everything from ‘the right to receive support for job search, training and re-qualification’ to ‘everyone lacking sufficient resources has the right to adequate minimum income benefits ensuring a life in dignity at all stages of life’.

On the other hand, a series of four concrete proposals, of which two are novel and seek to accompany societal change. First, the Commission seeks to extend parental leave with the emphasis on fathers as a way to ensure more gender equality in career patterns. In order to extend social protection to workers with an atypical contract (or status) as a result of more flexible forms of work in an increasingly digitalized economy, it is launching a consultation with social partners.

It is useful to recall that speaking of ‘social policy’ as if it were a single policy area is misleading. Competences in this sphere are scattered across the regional, national and European authorities. The EU treaties grant the EU institutions very piecemeal powers: They can use redistribution through, notably, the European Social Funds but the available resources are very limited and distribution is dependent on local organizations’ capacity to abide by the ‘project-based’ managerial philosophy. The Commission, Council and Parliament can adopt regulations on working conditions, health and safety at work, gender equality, etc.

But as for the bulk of social matters – for instance labour markets, social protection, healthcare and education – EU institutions can only try to steer the coordination of national policies. But the recommendations are supported neither by any legally binding policy instrument, nor by significant financial resources, which makes the EU, more often than not, seem powerless on the most crucial issues.

With only ten EU countries not governed by Conservatives and/or Liberals, the appetite for far-reaching social progress might not be large, let alone for doing this at EU level. Thus, it remains to be seen how the Pillar will be received – and potentially amended – by the Council and European Parliament. Even small-scale initiatives such as the extension of parental leave may not be supported by a majority when it goes through the legislative process.

But more importantly, one should not lose sight of the overall background. Looking at the sheer scale of the social problems the EU has to face – starting with youth unemployment and the continuous rise in inequality and poverty – one may wonder about the coherence of the EU’s overall strategy.

Although they have become much more flexible under Juncker, the rules for enforcing budgetary discipline in the member states fail to create sufficient fiscal space for addressing pressing problems, especially in the countries where it is most needed. Investment has become the new buzz word in Brussels, but a clear shift towards social investment in reforming welfare states in a progressive manner rather than retrenchment is still fairly invisible on the EU’s agenda.

As a result, Commission and Council are still caught in some sort of political schizophrenia. On the one hand, national governments are urged to continue cutting their deficits (even if at a slower pace). On the other hand, they should also modernise their education and training system, their employment services, healthcare, etc. Facing this dilemma, it should come as no surprise that most member states lack the financial capacities or political incentives to seriously engage with social investment.

Another issue is that the deregulation of labour markets has become an unquestioned dogma in the EU. This is reflected in the way the European Pillar of Social Rights wants to promote both flexibility and open-ended employment contracts. While deregulation can lead to lower unemployment rates, the reforms conducted in the UK, Germany or Italy have generated involuntary part-time work combined with weaker social protection. Thus, poverty is less eradicated and more relocated from the unemployed to precarious workers. Moreover, increased flexibility is not accompanied by the necessary investment for an efficient training system and activation support.

In conclusion, one can only welcome the fact that the EU Commission is taking action to reassert values of social progress and modernise social regulation where this can be done. Yet, the general framework remains worrying and leaves many questions unanswered. Are old neoliberal recipes the right way to fix the economy and stop the rise in inequality? Do national governments have the fiscal capacity to invest in a progressive modernisation of the welfare state? Have European decision-makers the ability, or will, to provide the Union with the appropriate tools to tackle the social consequences arising from harsh Euro-induced fiscal discipline and competition within the single market?