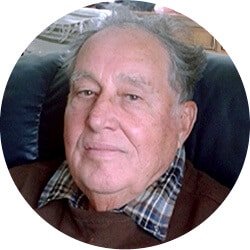 Better relations between Ankara-Brussels require cool heads and bold moves. The Dutch election results are encouraging news, both for the EU and its relations with Ankara. The Dutch have rejected extremism, but it is only a first step. The toxic atmosphere leading up to these elections indicates the huge challenges ahead. Along with Brexit and an unpredictable president in the White House, Turkey and EU need to cooperate even more than before.

Turkish democracy needs Europe. There is no alternative. But, for its own survival, EU needs Turkey to handle Islamism, to prevent a new flood of refugees, but also for energy security, NATO defence, and international terrorism.

Yes, EU faces structural problems. Its biggest existential challenge, however, is external: Trump-style trade wars, threats to NATO from the east, Islamic turmoil. Jean-Claude Junckers’ Five Scenarios, a rehash of the 2013 New Pact for Europe, is a set of ideas that amounts to little more than domestic housekeeping chores. In the meantime, neo-nationalist populism in Europe is home-grown extremism which must be stopped. Not all EU countries are anti-immigration, and not all diaspora Turks in Europe are Islamist. Cool heads all around must come to the fore.

Let’s start with economics to sketch out why EU needs reinventing. The Second-Best Theorem provides the essential clue. The EU project, from its early coal and steel days, was an idea designed to make Europe rich and peaceful. Fine idea, but not at the expense of the Rest. From the Treaty of Rome to the Euro-Crisis in 2009, EU did amazingly well. But any trade bloc maximizing its economic welfare by inflicting “immiserizing growth” in its periphery harms the wider humanity.

On global welfare criteria, EU is a Second Best, inferior to the Global First Best in which all global citizens benefit. An EU, especially as a Christian Club as some wish, behind walls, is no solution. Not when the Rest is impoverished under debt, deprivation and injustice.

Then there is the folly of the Euro. The Theory of Optimum Currency Area explains why the Euro was wrong from the start. Productivity and efficiency in the Eurozone are too divergent to sustain a single currency. Harmonizing monetary policy before fiscal and labor market policies was putting the cart before the horse. Robert Mundell, a Canadian economist, who had a finger in setting up the Euro, knew about regional disparities. European fathers ignored this major lesson. Now a generation of young and unemployed are now paying for it. Social Europe remains a dream. A more flexible currency system would be essential for that.

So, what is the future? Sink or Swim: A new world order will emerge out of the existing chaos, hopefully with an open and progressive new Europe.

Under the Sink scenario, Europe can follow Trump’s populism, go protectionist and turn Islamophobia into some kind of anti-immigration ideology. The Dutch have rejected Wilders’ extremism.  Le Pen, hopefully, will be next. That is the way to prevent a new Age of Crusades.

Under the Swim scenario, the EU would be a Union of Values. Social Europe must be inclusive, with Euro Turks as equal citizens. Externally, such an EU should embrace a brand new inter-faith, inter-cultural global vision recognizing, indeed celebrating, our world of diversity, beyond Europe. This would be, not a Clash of Civilizations, more like the UN’s Alliance of Civilization, co-chaired jointly by Spain and RTE’s Turkey. It died at the hands of Al Qaeda, ISIL and other terrorist organizations seeking regime change by violence. Turkey has its own terrorist organization, PKK. Ambivalence or indifference is not an option on terrorism.

Europe urgently needs a coherent policy on fighting terrorism, as integral part of Islamophobia and refugee policy. In all of these and more, Ankara can help.

But what exactly does Ankara want in return? Simply put, Turkey wants to be a cultural bridge, utilizing its unique geographic location as a geopolitical asset. Ankara sees itself as a facilitator in a genuine dialogue between the Christian and Islamic worlds.

“Turkish cultural bridge” was imbedded in Turgut Ozal’s application for membership in 1987. It has been poorly articulated. Mon Cher diplomats for years gently waited in the ante-room. In the AKP period, relations started off promisingly. Turkey became a candidate country in 2004. Thereafter, relations degenerated into a confrontational tit-for-tat. RTE finally lost his patience (and cool) after the failed Coup of 15 July, 2016. Now, he must mend his style and rhetoric. In the EU, Islamophobia must not become the latest manifestation of “European Insincerity.”      Turkey-EU relations must be saved. Accession talks, now in deep-freeze, will eventually resume, on merit alone hopefully. No conditionality imposed by Greeks or others. Turks, no less than Europeans, are too proud for that.

Several Turkish leaders have stated repeatedly that they do not want to become a financial burden on the EU budget. Turkey already has a Customs Union agreement. With updating, it can be the foundation of an agreed privileged partnership. As for Turkish job seekers flooding the EU labor market, this fear, too, is best dealt with jointly. Visa liberalization requires a realistic definition of who exactly is a terrorist in a democracy. Both Turks and Europeans now have suffered from terrorism and they must go beyond it.

By history and culture, Turkey sees itself as the bridge to the Muslim world. Just look at the recent books on the Making of the Modern Middle East to understand how intricately the Turkish heritage lives in the Middle East. Ankara and a progressive EU can help build a more tolerant and harmonious world, starting with improved Muslim-Christian relations.

Not much can and should be expected in the near future. But, after the Turkish referendum on 16 April, a new relationship should be formulated. If Erdogan wins fair and square, EU should welcome it. For his part, Erdogan must become inclusive and fully democratic. Should RTE lose, Europe must act responsibly in the interest of strengthening Turkish democracy and rule of law.

The worst would be indifference. Good relations with Ankara are essential to manage refugee flows and other strategic interests, including European energy security via the southern corridor.  Most of all, its own survival needs it as a post-modern, non-Christian Union in a world of cultural diversity and complexity. Turkey is a test case.