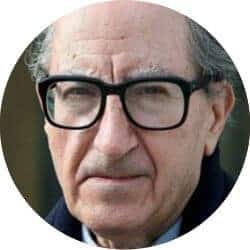 Spain, under pressure from the Troika (International Monetary Fund, European Commission and European Central Bank) has gone through three major labor market reforms, presented to the public as necessary in order to reduce the scandalous high level of unemployment: 25% in general and 52% among the young.

Spain (and Greece) are on the top of the unemployment league. Since the beginning of the crisis, both the socialist (PSOE) and conservative (PP) governments have pursued reforms aimed at what they called ‘deregulation of the labor market,’ assuming that the problem of high unemployment was created by too many labor market rigidities. It was said that labor unions have protected fixed workers too much at the cost of making it too risky for employers to hire new workers. As a consequence — it is being said — the employers are afraid of getting stuck with the new hires without being able to fire them again when their need for labor diminishes.

This assumption has become a dogma, and as all dogmas, has been sustained by faith rather than scientific evidence. With a clear apostolic mood, both the Zapatero government (socialist) and Rajoy government (conservative) have been making it easier and easier for employers to fire workers. And they have indeed fired thousands and thousands of workers. But the employers have not hired workers at the rate they have fired them. The results are clear to see for everyone who wants to see reality for what it is, rather than for what they claim it to be.

Unemployment, rather than declining, has kept increasing more rapidly, incidentally, than before the reforms. For example, from the last quarter of 2011 to the fourth quarter in 2013, 1,049,300 jobs were destroyed, with an increase of unemployment of 622,700 people. The number of unemployed persons is now 6 million people, 47% of whom do not receive any unemployment insurance (due, in part, to the cuts in this type of insurance that accompanied the last labor market reform).

Besides the growth of unemployment, another consequence of the reform has been a rapid deterioration of the working conditions. Precarious work (titled by the labor unions as “shit work”) has been increasing very rapidly. Actually, most of the new jobs belong to this category. Ninety-two percent of new contracts have been temporary jobs, with only 8% as fixed contracts. Another result of the reforms has been the lengthening of the period of unemployment. Six out of every ten unemployed persons have been out of a job for more than a year, an authentic tragedy. Again, another record in the unemployment league (side by side with Greece).

These are indeed the predictable results of those reforms that were applauded by the Troika. Reforms presented as necessary to reduce unemployment. And, as a sign of cynicism, they are even now still presented as necessary to resolve the high unemployment, even though the failure to do so is apparent. These reforms have achieved the opposite of what they, in theory, were supposed to do.

The actual objectives of the labor market and social reforms

But, these reforms have been very successful in achieving their hidden objectives (never mentioned in the media or in circles of polite discourse). The reforms have had an enormous impact on wages: a decline of 10% in two years. No other EU-15 country (besides Greece) has seen such a dramatic reduction. This reduction was actually what the Troika and the Spanish governments had in mind when they imposed such reforms (and I use the term imposed because these reforms did not exist in the electoral platforms of the governing parties, either socialist or conservatives).

As in the case of former Chancellor Schröder’s reforms in Germany (taken as a model for the rest of the EU-15), the purpose of the latest market reforms was to reduce the power of labor unions and to cut wages, both perceived as the key measure to increasing competitiveness (another element of the reform is to assume that high salaries are the cause of the supposed decline of competiveness of the Spanish economy, even though the data shows that Spanish wages are among the lowest in the EU-15).

Even though labor productivity had been increasing prior to the crisis at a rate much higher than the increase in salaries, the Troika and the Spanish government keep insisting that they are still too high. Labor income as a percentage of national income has declined dramatically during the 2009-2013 period, reaching the lowest percentage ever (52%). Meanwhile, income in the top and near the top has increased enormously. Today, Spain has one of the largest inequalities in the OECD. The 20% of the population with the highest income (the super-rich, the rich, and well to do, and the professional classes) make seven times more than the 20% at the bottom (mostly unskilled working class). In this last group, two million families do not have anyone employed. And among the persons employed, almost 15% are poor, since the level of salaries is so low that they are not sufficient to get them out of poverty.

But, where the drama appears with brutal intensity is among children. Poverty in this group (three times higher than in the EU average) has been increasing rapidly since 2011, hitting almost 30% (2,500,329 children living with families in poverty). The total number of children in Spain is 8,362,305. Spain, which has one of the lowest family expenditures in the EU-15, has seen a reduction of the same by 18%, at a time when need was highest. Twenty-four percent of these children in these poor families cannot eat fruit or vegetables on a daily basis. Forty-two percent cannot attend special events outside their house, 38% have problems eating a normal diet, and so on.

The destruction of the welfare state

Another component of the dogma is the belief that the welfare state has grown out of control and is ruining the economy. Again, the data shows that Spain has one of the lowest social expenditures per capita in the EU-15. In spite of this reality, the governments have been cutting and cutting those expenditures. In health care services (Spain has a National Health Service), there has been a cut of 12,832 million euros. This has amounted to a reduction of 18.21% of health care expenditure, with a cut of 55,000 jobs since 2009, which has been a frontal attack on the viability of the Spanish NHS.

A consequence of these enormous cuts has been a most remarkable growth of private health insurance, opening up the NHS to all types of insurance, hedge funds and risk capital. All of them, with banking, have enormous influence on the Spanish state. One of the major cuts has been in Catalonia where the Minister of Health, who used to be President of the Private Hospital Association and the Health Association Society, now is in charge of dismantling the public health system.

What we are seeing in Spain is a dream for conservative forces (large employers and banking) that have been the dominant forces over the Spanish state. They are achieving what they always wanted: a reduction of salaries, a very frightened labor force, weak labor unions and the dismantling of the welfare state. And they are doing it under the excuse that there is no alternative. They even say that they do not like to make the reforms but they have to do it because the European authorities force them to do it. Not surprisingly, the popularity of Europe is declining rapidly. Eighty-two percent of Spaniards say that they do not like this Europe. Europe, which for many years (and very much during the dictatorship) was seen as the dream (i.e., a model of democracy and well-being), has become a nightmare.