G20 leaders meeting in Rome must recognise that only public purpose, not private profit, can tackle interconnected global crises.

In their recent communiqué, Group of 20 (G20) finance ministers admirably committed to using ‘all available tools for as long as required to address the adverse consequences of Covid-19’—in particular for those most affected.

Since the pandemic developed, governments around the world have taken extraordinary steps to support their economies, forcing the closure of ‘non-essential’ businesses, locking down borders and unleashing a wave of economic and health measures. While not all responses have been equally effective, one fundamental lesson has become clear: governments—particularly in wealthy countries—can marshal unprecedented interventions, at scale, when needed.

Eighteen months on though, critical weaknesses persist. Global vaccine inequity is perpetuating the pandemic. Economic instability and lack of fiscal space threaten another lost decade of development for many low- and middle-income countries. Despite escalating climate disasters, only 2 per cent of the total fiscal response to Covid-19 and the recovery from the ensuing economic crisis has gone into clean-energy measures. Progress on addressing the interlocking global crises of Covid-19, economic instability and climate change has effectively stalled.

As G20 leaders meet in Rome this weekend, they will be keen to show support for a more prosperous future. In doing so, there can be no delay in confronting a feature common to these challenges—the role of a few financial and pharmaceutical giants in stymying progress.

First, equal access to vaccines and a more mutual and co-operative global approach to research and manufacturing have been foregone in favor of consolidating the supremacy of a few major pharmaceutical companies. Despite renewed commitments to donate vaccines, the waiver on intellectual-property obligations proposed by South Africa and India at the World Trade Organization in October 2020, to support increased manufacture of cheaper Covid-19 products, is languishing in diplomatic manoeuvres.

Several G20 countries continue to block this potentially transformative initiative, effectively protecting the monopoly rights of the pharmaceutical giants—whose vaccine success was largely thanks to significant public investment at the outset of the crisis. As well as leading to avoidable human suffering and loss of life, according to the International Chamber of Commerce failure to achieve global vaccine access stands to cost the world economy $9.2 trillion.

Next, a sovereign-debt crisis is looming in the global south, exacerbated by the pandemic and the refusal of private creditors to participate in debt restructuring or relief negotiations. The G20 has suspended bilateral payments for low-income countries (LICs), delaying around $5.7 billion worth of payments in 2020—developing-country debt increased by around $500 billion in the same period. This Debt Service Suspension Initiative is due to end in December but the G20 ‘Common Framework for Debt Treatments’, intended to restructure debt with distressed countries, is yet to show signs of being operational, though launched over a year ago and with manifest demand from debt- and climate-vulnerable countries for major debt restructuring.

So far, G20 leaders have not compelled participation from private bondholders and commercial creditors, despite repeated entreaties. This ensures failure for debt-relief initiatives. Private creditors comprise about one-fifth of LIC debt and about three-quarters of middle-income-country debt, continuing to collect repayments throughout the crisis while health budgets have been depleted. Without meaningful engagement from the creditors holding out, G20 debt-relief efforts will do nothing to steady global economic instability.

As the largest public lender to coal projects, China’s recent announcement to build no new coal plants abroad is rightly being celebrated. Private-sector investors are however responsible for about 82 per cent of all coal investment worldwide, so government pledges alone aren’t enough to eradicate emissions.

The recently-released Production Gap report from the United Nations Environment Programme revealed that existing energy plans would lead to about 240 per cent more coal being produced worldwide in 2030 than would be consistent with keeping global heating to 1.5C above pre-industrial levels. An InfluenceMap study shows that even among climate-focused investment funds over half—including those associated with the major investment houses BlackRock and State Street—remain implicated in fossil-fuel firms and other major polluters.

As evidenced during the pandemic, the state hasn’t necessarily shrunk—governments still largely command legislative power to take decisive action. But there is undeniable evidence that it has been moulded to prioritise facilitating profit-maximisation and the unhindered movement of capital around the world, encouraged by rankings such as the recently discontinued World Bank ‘Doing Business’ report.

At the G20 meeting this weekend, leaders have the opportunity to establish a new consensus to rebalance power towards public priorities and mutual prosperity, using regulatory tools to shape and influence private-sector activity towards tackling global challenges.

With the help of a waiver on intellectual-property rights related to vaccines, G20 governments which host pharmaceutical companies can use positive and negative incentives to push them to share their technology and know-how, securing a global vaccination drive to end the pandemic.

Powerful creditor countries in the G20 could also compel private creditors to participate in debt-relief initiatives, using legislative safeguards against litigation in financial centres such as London and New York. Multilateral bodies such as the International Moneary Fund and the World Bank can help co-ordinate these efforts, with the ambition to establish a multilateral debt workout mechanism, having announced their intention to roll out a green debt-swap platform in time for COP26.

Equally, private-sector investment in fossil fuels is dominated by companies incorporated in G20 countries, whose governments can regulate this activity into non-existence and instead guide investment into expanding renewables, with the requisite support for equitable and just transitions in fossil-fuel-dependent economies.

If G20 members are serious about ending the pandemic, rebuilding a strong global economy and addressing climate change, they will need to use ‘all available tools’ to address the power imbalance between the public and private spheres.

Nothing less than the public health and wealth of the world depends on it. 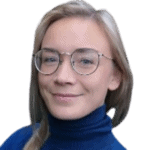 Katie Gallogly-Swan works on climate and development at the United Nations Conference on Trade and Development. Previously, she worked at Boston University’s Global Development Policy Center, on how trade, development finance and climate policy can enable a global just transition, and at Oxfam and ActionAid, on economic, climate and gender policy. 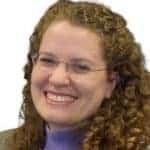 Rebecca Ray is a senior academic researcher at the Boston University Global Development Policy Center. She holds a PhD in economics from the University of Massachusetts-Amherst . She works on the nexus of international development finance, particularly China’s role in reshaping the global financial landscape, and sustainable development, particularly in Latin America.