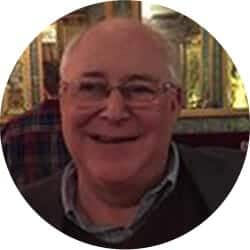 The election of March 4, 2018 left Italy with a fragmented parliament, where the two biggest parties, the Five Star Movement and the Lega, are populist and Eurosceptic.

Five Star, the biggest party in Parliament, sees itself as an anti-corruption movement and advocates many economic reforms championed by the Left in Italy. These include a reform of pensions and a guaranteed minimum income and a rejection of austerity.  The Lega, formerly the secessionist Northern League, now concentrates on a more narrowly racist and Eurosceptic agenda. More experienced than their allies, the Lega served in government during the Berlusconi years and at the time advocated many traditional conservative economic policies. The two parties have little in common beyond their dislike of the EU and their claims to populism, but they have somehow managed to cobble together a governing program including restoration of pensions, tax cuts, and a basic income for Italy’s poor.

Clearly, the two parties are part of a populist wave sweeping Europe. Less clearly, the conditions of their success were an unintended consequence of American policy.

After the Second World War the US made an effort to set up a trading system that lowered tariff and non-tariff barriers, initially facilitating the dominance of American industry as Europe and Asia began to rebuild. They were extremely successful in setting up an open world economy, championing free market economic policies and doing as much as possible to undermine statist approaches in Europe and elsewhere. In the early postwar period the CIA did what it could to finance European conservatives, to set up pro- market trade unions and undermine Western European communists. European trade unionists facilitated these efforts by fighting among themselves, as did left wing parties

The European Union was itself created in America’s image. Founder Jean Monnet was always clear that the US was his point of reference. In turn, the US emphatically supported the EU, seeing the economic grouping as a bulwark against the Communist threat and an ally in spreading the gospel of free markets.  While they sometimes had conflicts of interest, especially in the area of agricultural protection, and more recently over constraining high tech firms, the EU and US have been partners in constructing a neoliberal world order.

Thus the conditions were  established for a world led by the US and seconded by the EU, where capital and goods were more mobile than labor. Gradual outsourcing of manufacturing activities to the low-wage economies of Eastern Europe or the Third World became the norm for many developed countries. High-wage workers were also increasingly displaced by automation.

The economic sectors that could not easily be outsourced were services. Developed economies came to be dominated by this sector. These were not only the infamous low-wage industries such as fast food or hotels, but also high-end sectors like financial services, scientific research, and not-so-highly paid education. This led to bifurcated labor markets in developed economies as manufacturing was hollowed out, eroding middle class jobs. The gap between rich and poor became exaggerated, especially in countries where income taxes were less progressive, or where much of the taxation was indirect (sales and VAT taxes), as in Italy.

The problem with service economies is that they resist gains in productivity. Services tend to be labor intensive, difficult to automate, and even difficult to measure.

While GDP rose in most developed countries, wages did not keep pace. People with modest educations were the most vulnerable in such economies. Even when economies appeared robust, the number of people whose lives were precarious rose. Labor market protections put in place during happier times turned out to be problematic for young people just entering the labor force. Companies in countries where it was difficult to dismiss employees tended not to hire new ones, for fear of not being able to lay them off in hard times. Youth unemployment is huge in Italy.

Intensification of Crises and Populist Complaints

Capitalism is prone to crises and those beginning around 2007 were especially dangerous. The advent of the “sovereign debt crisis” associated with the Euro, and the pressure from the IMF, the EU, and Germany to impose austerity on countries in difficulty, made things worse.

Part of the reason for the sovereign debt crisis was the unsound creation of the Euro. The common currency had been created initially for political reasons, mostly to signal greater integration. Euroland countries with different levels of debt and public spending all had the same currency. Normally when trade imbalances, debts and deficits are high, devaluation can be a remedy. A country with a devalued currency can reduce imports and sell more exports. This path was not opened to countries using the Euro. In Italy this problem became the underpinning of Five Star’s and the Lega’s Euroscepticism…and their popularity.

These issues were made worse by the financial crisis emanating from the US. This had begun with the subprime loan crisis, where deregulation had allowed American banks to lend money to people unlikely to repay. These were mostly property mortgages. American banks repackaged hundreds of such mortgages as Collateralized Debt Obligations, allowing them to disguise the weakness of the loans, which were sold to European banks. New, extremely risky financial instruments like Credit Default Swaps, and even more esoteric derivatives, made things worse.

Debt revulsion in the US quickly spread to Europe, putting many banks in jeopardy. Bailouts in economically weakened countries had to be refinanced by the IMF and EU, where Germany insisted on budget austerity as the price of a bailout.

These events amplified other economic problems. Though its cumulated public debt was high, Italy was actually in much better shape than many others: Spain suffered from the collapse of a real estate and construction bubble, Greece from unsound public finances (partially facilitated by America’s Goldman Sachs), while France suffered from banks that were over-leveraged. Italy, however, was hampered by a fragmented political system. Shaky coalition governments, high levels of corruption and significant clientelism made it almost impossible for governments to take decisive action.

The overall impact of these crises in the world economy was the de-ligitimization of governments across Europe. The terrain made it much easier for demagogues to convert a broad malaise into a crisis of confidence in democratic institutions. Anti-immigrant racism fanned the fires.

During hard times, it is difficult for worried people to be generous.  Italy and Greece were on the front lines of the new immigration crisis.  Refugees fleeing the hardships of the Middle East and Africa landed first at the EU’s southern shores. Dealing with them would have been difficult in good times, but during a period of economic stagnation the results were catastrophic.

Many in Europe are especially concerned by the new regime in Washington. Right-wing populism has proved a threat almost everywhere, but in the US the effects of a populist regime are especially damaging.  Far right parties in Europe found a vocal ally in the new American president and his entourage. Donald Trump has no special animus toward Italy, but his “America First” policies have weakened establishment institutions like the EU and NATO. Atavistic nationalism continues to spread. The Five Star Movement and the Lega are putting the finishing touches to an agreement to govern. While some of the more phantasmagorical elements of their earlier drafts have been or may be toned down, the rejection of elite orthodoxies is clear. The main strategy of the conventional politicians is simply to hope they are unsuccessful.