On the biggest issues threatening people around the world in the coming years, NATO is well-nigh irrelevant.

So far, the greatest of Vladimir Putin’s many failures in the Ukraine war has been in his aim of seriously weakening the North Atlantic Treaty Organization. Far from creating greater disunity between member states, the Russian president has given NATO a new purpose, just as its role was starting to be questioned. Its unity has even been enhanced, and Sweden and Finland have now applied to join.

This may have drastic global consequences.

Russia’s view was, and is, that after the collapse of the Soviet Union there was a clear understanding that NATO would not expand. This is disputed by NATO states, which say there was never a formal agreement.

That may be, but for Putin what made it worse was that the expansion came at the end of a decade (when he was appointed president) in which Russia had been treated with near contempt as a basket case. Even more galling was that the economic collapse had stemmed from the rapid transition to US-style market fundamentalism.

The current war would redress all of this, Putin thought, righting an historical wrong. The weakening of NATO also looked good to Beijing, almost certainly influencing the fulsome support for Russia of the Chinese president, Xi Jinping, just before the war.

So, while Putin may have started with a ‘special military operation’—even the term ‘war’ being taboo—he now presents the Ukraine war as a direct confrontation with NATO. That means nuclear escalation remains a risk unless and until the war is settled by negotiation, however long that might take.

If such a peace is achieved, what will it mean for a post-war NATO?

Given their existing military links with the alliance, once entry is agreed by member states, Finland and Sweden’s integration to the bloc will follow in a matter of months. Then, the assumption will be that, post-war, a strengthened and confident NATO will dominate European security for the good of everyone west of Russia and Belarus.

It is assumed that good times will continue to roll for the military-industrial complexes of Europe, as countries rush to grow their arsenals with the latest kit, even if the abject failure of Russia’s armed forces hardly suggests that bigger budgets are needed.

Not everything fits neatly into place, though, and two very troubling issues lie ahead. The first is that, in the past two decades, NATO has been anything but a success.

In Afghanistan, it was in charge of the International Security Assistance Force from 2003 to 2014 and then the smaller, non-combat force, ‘Resolute Support Mission’, from 2015 through to the end of the disastrous war last year. In 2011, Libya was another NATO failure, where the bloc was said to be involved in a humanitarian intervention but ended up overseeing regime change, leaving a failed state in its wake.

Beyond these, though, is the much bigger issue. NATO is well-nigh irrelevant when it comes to the main global security challenges: climate breakdown and the widening socio-economic divide.

We are currently seeing the impact of the lethal heatwave right across south Asia. Records have been broken daily but the remarkable thing that sets this apart from other serious heatwaves is that it is happening far earlier in the season than would be expected.

We are also seeing warnings of an impending global food crisis, stemming in part from climate factors but also fuelled by market impacts of the Ukraine war. As in the world food crisis of the 1970s, though, it is also down to socio-economic factors. Now, as then, there are enough grain reserves to go around, but hundreds of millions of people simply cannot afford to pay the soaring prices.

The heatwave and the food crisis are early signs of what is to come if economic reform and radical decarbonisation are not implemented, and they mean that we are heading for a deeply unstable and insecure world. If the Ukraine war does end soon, NATO will emerge as an increasingly strong and confident alliance, yet it will be close to irrelevant when it comes to the real global challenges.

More than that, given its performance in Afghanistan and Libya, NATO will be seen increasingly as a negative influence across the global south—an alliance dominated by white western states committed to protecting their own security. The attitude to the Ukraine war in lower-income countries shows tepid support for the west, mixed with a ‘plague on both your houses’ mood.

If NATO is to be relevant in a fractured world, it will have to evolve very quickly into a different kind of alliance. This must be part of a global transformation of understanding about security that is becoming more and more urgent. It is a lot to hope for, but if NATO doesn’t change it won’t just be irrelevant—it will be an increasing part of the problem.

This article was originally published on opendemocracy.net 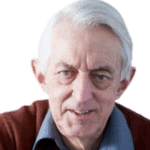 Paul Rogers is professor emeritus of peace studies in the Department of Peace Studies and International Relations at Bradford University and an honorary fellow at the UK Joint Service Command and Staff College.