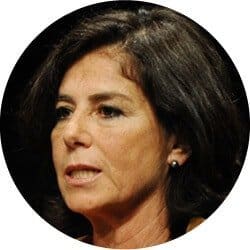 Italy’s recent election – in which voters rebuffed traditional parties in favor of anti-establishment and far-right movements, producing a hung parliament – should serve as a wake-up call for Europe. The decades-old project of building European unity may not just be far less robust than assumed; without a significant rethink, it may not even be viable.

The financial crisis of 2008 and the debt crisis that followed revealed major flaws in the governance of the Economic and Monetary Union (EMU). Member states responded by building new institutions, such as the Single Supervisory Mechanism and the European Stability Mechanism. These efforts are, however, almost certainly inadequate to make the EMU resilient enough to withstand future financial crises. Anyone who believes in the European project should hope that further reforms follow soon.

But there is an even more urgent task at hand. The European Union (EU) and the EMU, in particular, are now facing a serious political challenge, exemplified by Italy’s recent election. Are European institutions strong enough to confront that challenge, or must we reconsider – and potentially recast – the pillars of European cooperation?

The link between economic and political crises is well known. Among EU countries, Italy has experienced the second-largest decline in output (after Greece) during the last decade – a trend that caused a significant deterioration in economic welfare. And, as recent research indicates, a decline in welfare correlates more strongly with political support for populists than its absolute level.

In this sense, economic crises are almost bound to undermine political stability. But the risk is particularly acute in the EU, because populist political forces, should they win power, are likely to reject, in the name of national sovereignty, the supranational rules that form the basis of European institutions.

In the face of such noncompliance, the EU’s only recourse is sanctions – a temporary solution that is inadequate to keep in check governments that have based their political platforms on disavowing common EU rules. In fact, such sanctions can even serve to strengthen public support for the populists. This dynamic is illustrated by the current row over immigration between the EU and some of its eastern members, such as Hungary and Poland.

Of course, if the rules being broken are fiscal, the markets might impose the necessary discipline, as happened in 2011-2012. But today, the ongoing economic recovery – and the fact that governments and central banks hold the majority of countries’ debts – makes such a market response far from guaranteed.

Complicating matters further for the EU are regional disparities, like those starkly on display in Italy’s recent election. While anti-establishment political parties did well across Italy, reflecting broad frustration with the mainstream parties, there was also a distinct north/south divide.

Regional inequalities are not limited to Italy. On the contrary, they have increased throughout the EU since the 1980s. And the EU does have a budget for reducing them, which it uses to support its cohesion policies. But while measures encouraging economic convergence have been successful in many jurisdictions, they have failed in others, such as southern Italy, precisely because of the institutional weakness and widespread corruption that the populists decry.

As anyone with experience in development policy knows, fiscal transfers cannot generate convergence growth, unless they are backed by deep societal changes – and that demands active local leadership. It is thus significant that Italian voters threw their support behind those who decried the abuse of power by local elites and traditional parties, instead of believing that those local elites, let alone the faraway EU, can fix the problem.

This might seem to imply that the EU needs to be able to impose looser terms of cooperation, including fewer benefits from membership. But while that might work for, say, Hungary, it would be inconceivable for an EMU member like Italy. In any case, if the EU is to survive long enough to implement the needed institutional reforms, it will to have to find ways to make the project more appealing for all.

Lucrezia Reichlin, a former director of research at the European Central Bank, is professor of economics at the London Business School.