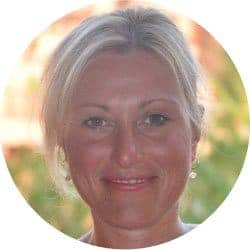 Italy’s draft 2019 September Budget Law, which will enter into force in January 2019, has been defined as a “courageous manoeuvre” for change by the political forces which have designed and implemented it very recently.

Indeed, it may indeed take much courage to introduce a measure of basic income (the so-called ‘reddito di cittadinanza’) which is conditional upon undertaking ‘unpaid work’ in community-based services. The reform states that to get the subsidy, the ‘poor’ will have to work eight hours a week for ‘free’ (unpaid) ‘for the state’ and accept a job proposal out of three, perhaps in three years (and not more than 18 or 24 months as previously thought) under threat of expulsion from the system. 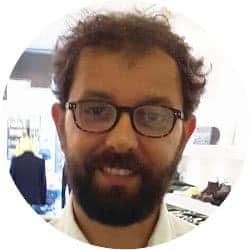 The reform will bring important changes. Nevertheless, what the social implications of these changes will be is less clear. Evidence from ‘work-first’ structural labour market reforms during and in the aftermath of the crisis period in Europe illustrates that pushing employment by encouraging people entering the labour market conditional upon losing the benefit in the medium and long-term does not pay off.

In his recent Social Europe blog, Carlo D’Ippoliti gives an example of why this may be the case by looking at the social services sector, which is relatively low paid, where paid workers often work together with subsidized workers on minimum income. Thus, D’Ippoliti argues that introducing a basic income in this sector could exert further downward pressure to lower labour costs and social standards within welfare provisions. We add that this can occur in Italy where – under the recent reform – those who are entitled to the benefit will be parked within commonly defined ‘socially valuable jobs’ within the services sector. The outcome will be ‘invisible’ or ‘unpaid’ work in community-based services. Marta Fana in her 2017 book on Non e’ lavoro ma sfruttamento calls this ‘exploitation’.

The effects of the Italy’s recent reform on the most vulnerable social groups, the ones at the highest risk of poverty (i.e. in temporary and low-paid jobs), and those likely to be women, young, older (+45) or minorities, can be perverse, in the sense that conditionality can progressively exclude them by boosting social segregation via further labour market inequality. According to the Italian national institute for statistics (ISTAT) in 2016, 30 percent of people residing in Italy were at risk of poverty or social exclusion. The risk of poverty multiplies for foreigners, women, those living in the south, within households with dependent children.

Inequality has steadily been on the rise in Italy in recent years due to the severe impact of the Great Recession and austerity measures that have constrained social expenditure, especially at sub-national level. Regions and local authorities underwent significant cuts, resulting in their becoming those that have paid the highest price in terms of expenditure reduction (Pavolini et. al., 2015). In particular, austerity had negative impacts on service provisions, especially in the Mezzogiorno, which lack reasonably efficient public and private services. Against this background, unpaid work and social work activities as a condition of a minimum income would have further negative effects on services provision, lowering the quality of care.

Sociological and economic theories tell us that access to economic and social rights and legal status – and not ‘work at any price’ – are the fundamental conditions for fostering social inclusion and labour market integration, and therefore they can be expected to reduce poverty in the medium- to long term. Thinking that an inclusive society is one where people ‘work’ only for money may be distractive (Levitas, 1996 ). On the other hand, in Europe we have relevant examples (e.g. the ‘mini jobs’ and ‘one-euro jobs’ in Germany under the Hartz II reforms in 2003) of how precarious individual lives have become through the ‘commodification’ of employment and minimum income schemes as an income accompanying low-paid and/or unpaid work.

The value and the quality of work cannot be reduced to income alone since work encompasses various features of individuals’ lives (Conen and De Beer, 2013).  Thus, following a policy in so far as it pushes the individuals to do ‘work’ – even though under apparently socially respectful conditions (i.e. ‘earning’ a ‘basic income’) – may generate unexpected outcomes if not underpinned by social universalistic rights.

We should not forget that German ‘workfare’ policies resulted from the coordinated effect of ‘state-led’ innovation rather than the decentralized and chaotic employer strategies that played out in Britain with ‘zero-hours’ contracts, for example. Nevertheless, in both cases the social effects of the policy reforms in the labour market were similar i.e. they have generated ‘commodifying’ effects since – for example in Germany – they have opened up possibilities for employers to use ‘exemptions from institutional rules.

Against this background, and despite important cross-border differences, the relatively more disorganized nature of the decentralized collective bargaining system in contemporary Italy should not be underestimated when assessing the social implications of recent reforms like the ‘reddito di cittadinanza.’ This could become the Trojan horse of further deregulation. On the other hand, the Italian welfare state needs to be profoundly reformed, by launching a comprehensive social investment strategy aimed at tackling new social risks and boosting investment towards high quality welfare services and social infrastructures. A simple system of subsidies for low-paid and unpaid work would not help much in moving to this direction, and therefore it will imply the ‘reddito di cittadinanza’ remaining simply a ‘myth’ rather than a partial solution to poverty.

Policies that seek to reduce the incidence of poverty by boosting the ‘commodification’ of employment at low or even no-cost (i.e. ‘unpaid work’) do not inevitably lead to greater social justice, equality and democracy. What is really required is to re-conquer the dignity of work through decent wage standards and quality of employment.