Karin Pettersson begins a series of Social Europe columns by arguing it’s time to rethink ‘free’ data as the product of labour. 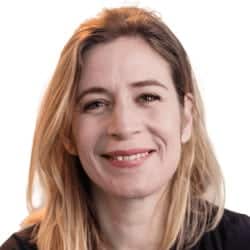 Recently I attended a seminar in Stockholm on the Future of Work, hosted by a major trade union. A representative from Google was present and asked the seemingly sweet and constructive question: what can we do to help?

The trade union leader’s answer was to express happiness with the way Google operated in Sweden, since it had agreed to comply with the Swedish collective-bargaining model.

This exchange serves as a good illustration of how progressives and trade unions fail to deal with one of the fundamental problems of our time–the central role the accumulation of data plays in today’s economy and the changing power relations between capital and labour that follow from it.

Recently the Economist reported that Uber drivers were taking legal action against the company. The drivers want access to the data collected about them and their performance. They do not understand how they are rated and how jobs are assigned. Access to the ratings and reviews would let drivers appeal unfair dismissal from the app—something they can’t do today.

The data, of course, are at the core of Uber’s business model. The algorithms from which Uber makes its money feed on data delivered by the drivers. But the value is captured by the company and is not even accessible to the people producing it.

The Uber drivers, in this case, are not even demanding a share in the value creation—just a minimum level of transparency. The issue has been handed over to European courts.

An increasing share of the value in today’s economy does not emanate from labour but from the data extracted from human activity. Today that value is captured by a few players, leading to what John Doerr, an early Amazon and Google investor, has called ‘the greatest legal accumulation of wealth in history’. The tech giants employ significantly fewer people than other industries and the labour-income share of these companies seems to be only a fraction of the traditional average.

Those who care about equality should be deeply concerned with the way these markets work and try to come up with something better.

Today’s data economy to a large degree thrives on the misunderstanding that services such as Google search and Facebook’s news feed are ‘free’ for consumers. At the same time these services deliver massive profits for the companies. In 2017 the combined revenue in advertising dollars for Google and Facebook was $135 billion. The value comes from data collected on user behaviour, used to sell targeted online advertising back to the same people.

‘Data is the new oil’ has already become a cliché, and perhaps the saying is also in a fundamental way misleading. In a 2018 paper, the philosopher Jaron Lanier, the economist Glen Weyl (both working for the Microsoft Research Foundation) and others argue that data should neither be considered ‘free’, nor as capital or a natural resource, but as labour.

It is an interesting analogy. If data are labour and not capital, the value created should at least partly be channelled back to the owner. Perhaps the way to think about how digital markets work is to compare them to the early days of industrialisation, when profit-maximising capital owners single-handedly could set the price of labour.

The comparison gets the power relations right. Just as in the labour markets before trade unions, the value of data collected from individuals can be enormous but the value emanating from a single person is zero. It is only on an aggregate level that the data become valuable, and the only way to create a counterweight—or claim parts of the value created—is to pool data.

In their paper Lanier, Weyl et al argue that data labourers could organise in data-labour unions which would bargain collectively with companies. As they write, ‘while no individual user has much bargaining power, a union that filters platform access to user data could credibly call a powerful strike’.

In the wake of the Cambridge Analytica scandal and other recent events, we have seen an increasingly intense discussion about privacy and protection of data. The new rules taking shape—such as the European Data Protection Regulation—are interesting and might serve as an important step towards a new way of looking at the ownership of data. Ideally, they will serve as a first building-block towards a more healthy version of the data economy. At the very least, they will make it more obvious to users exactly how little power they have.

That could, however, be important. For people to start demanding a share in the value created by their data, maybe they need to understand just how powerless they are. Lanier et al argue that users need to develop a ‘class consciousness’ as data workers.

As data and artificial intelligence become a larger part of our economy, it is important to strike the right balance between companies and citizens. I work for a media company myself, and access data which are necessary for us to build good products for the readers. There are, however, huge risks of regulatory capture if a few players become too dominant. There is also an increasing risk of data monopolies depressing productivity and innovation. And, for democracy to work, the inequalities of wealth and economic resources cannot be allowed to become too steep. As Lanier et al write, ‘One way or another, societies will have to find a mechanism to distribute the wealth created by AI.’

The traditional response to the rise of monopoly is to regulate. The Democrat senator Elizabeth Warren has said she will make the ‘breaking up of big tech’ a central theme in her US presidential campaign next year. It is good and healthy that politics is pushing back.

But a discussion about breaking up big tech is not enough, radical as It might sound.

The former US president Ronald Reagan famously used to say that the nine most terrifying words in the English language were: ‘I’m from the government and I’m here to help.’ I was reminded of that quote when I heard the Google representative ask the trade-union leader how it could be of assistance.

Of course Google, Facebook and Amazon are not interested in ‘helping’ anyone. They are looking to maximise profit and market share, and they are doing it from a position of almost unparalleled strength. And they will happily comply with national labour laws, as long as they are allowed to continue to harvest data for free.

Progressives and trade unions need to think about where the conflict lines should be drawn today, and to have an idea about data ownership and wealth distribution. We need politics—and a political economy—for the age of data.

These markets won’t correct themselves. If there is no pushback, the chances are that the massive wealth accumulation and economic injustices driven by the data economy will just continue to escalate.