The ‘securitisation’ of migration and asylum has not only meant drownings in the Mediterranean but also destitution in Europe’s cities.

For nearly two years now, Belgian authorities have been ignoring claims that people searching for protection need shelter and that Fedasil, the federal agency for reception of asylum seekers, is overworked and understaffed. In October, asylum-seekers and staff of the agency joined civil-society organisations and citizens in a protest outside its Brussels head office.

In a cold December, as -10C temperatures alternated with heavy rain in the city, tents and improvised shelters proliferated on the streets. The mostly male asylum-seekers, though also families with children and unaccompanied minors—from Afghanistan, Tibet, Tunisia, Ethiopia, the Democratic Republic of Congo, Burkina Faso, Tanzania or Guinea—spent several consecutive nights in these conditions.

It is estimated that around 7,000 individuals who had the right to accommodation were left homeless. The French-speaking Labour Court convicted Fedasil of more than 6,000 breaches of its mandate to accommodate asylum-seekers. Fedasil could only issue letters to individuals seeking protection saying: ‘Following the court decision, you have received an invitation from Fedasil to come to the arrival centre today. Despite this, we are unable to give you a reception place.’ In four separate rulings, the European Court of Human Rights has also demanded that the Belgian state provide all asylum applicants with the accommodation and material assistance to meet their basic needs.

Unfortunately, the complaints and rulings have fallen on deaf ears. In desperation, towards the end of the year, almost 900 people turned to an abandoned building in Rue des Palais for shelter from the wind and rain. But conditions in this former federal building in the neighbourhood of Schaerbeek are deplorable and around Christmas one man died. After a fire broke out there this month, the mayor of Schaerbeek decided to limit, though not deny, access to the building.

Article 18 of the Charter of Fundamental Rights of the European Union guarantees the right to asylum, with ‘due respect for the rules of the Geneva Convention adopted in 1951’. Since 1999, asylum has been a competence of the EU shared with the member states, regulated through the Common European Asylum System (CEAS).

Access to adequate accommodation for those seeking and obtaining international protection is an integral part of an effective asylum system. Under the (recast) 2013 directive laying down standards for the reception of applicants for international protection, all EU member states have taken on the responsibility to provide asylum-seekers with ‘material reception conditions’, meaning‘an adequate standard of living for applicants, which guarantees their subsistence and protects their physical and mental health’.

With the exception of Denmark, all member states have transposed the directive. It is thus highly regrettable that for years member states have failed to comply with these standards. Belgium is certainly not the only case—but the recent developments do put the European capital city in a shameful spotlight.

In December 2022, Brussels residents worried that someone would indeed die from the cold, so they came out of their homes to share hot meals and provide moral support. And, following strong advocacy from civil society, some measures were implemented. The federal government committed to giving Brussels €20 million for homeless shelter expenses. This is however considered retrospective compensation of the Brussels region for what it has already done.

A hundred extra sleeping places were also created for unaccompanied minors who will be able to stay in a new reception centre for the next six months. Yet, asylum-seekers continue to be homeless. Fragmented measures in reaction to emergencies are insufficient and will not bring adequate support to those in vulnerable situations.

Citizens also worry about the upholding of the rule of law, looking at similarities with the situation in Poland and Hungary. Despite thousands of rulings from Belgian and European courts, public authorities have repeatedly refused to act, when federal legislation clearly states the country’s obligation to support asylum-seekers. This official inaction risks normalising failure to comply with court orders—and letting people die on European streets.

The way in which EU member states receive asylum-seekers has been setting individuals up for destitution, compounding whatever trauma drove them to exile or they experienced en route with homelessness and unsafe living conditions. Whereas solutions have been presented by civil society and alarms rung repeatedly, lack of political will and shifting responsibilities between different state levels—a recurrent source of tension in Belgium domestically—impedes progress.

At the European level, the European Commission has set up a process aiming to increase solidarity and achieve harmonisation with its ‘New Migration and Asylum Pact’. Much criticised and still subject to negotiations, evaluations show that this complex set of legislative proposals would not bring improvement on the ground. The time misspent comes at the expense of human lives.

Asylum policies should have at their core the wellbeing of peopleand should address the challenges they face, including destitution and homelessness. Controlling ‘migration’, increasing ‘security’ and focusing on borders fails to respect fundamental rights and the obligations set by European migration and asylum legislation. It criminalises those in need of protection and those who support them. The way member states received Ukrainians fleeing the Russian invasion exemplified the hospitality which ensures a dignified reception for those in need of protection.

Member states and the EU institutions must strengthen the protection standards for asylum-seekers by unifying and improving reception conditions. As guardian of the treaties, the commission must play a stronger monitoring and co-ordination role. More investment in accommodation and housing solutions for all are needed.

Reception is highly affected by the whole European migration and asylum system set-up. We must ensure that safe and legal routes to protection are available, revise the Dublin system (requiring an asylum application in the first safe country of arrival, putting huge pressure on border states) and set anew benchmark of solidarity. At the very minimum, member states need to respect their legal obligations, corrosively ignored for far too long. 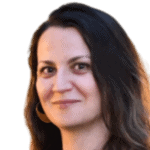 Simona Barbu is FEANTSA’s policy officer in charge of migration. She previously worked in a leading Roma-rights organisation in Romania, as well as on research projects and assisting mobile EU citizens living homeless in Denmark.